Today, we had the privilege of joining the grade 7 class at Sacred Heart school. The class was very energetic and we really enjoyed our visit! 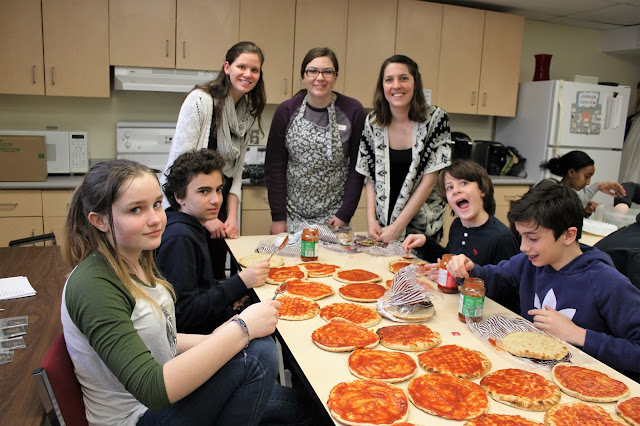 We began the day with an experiment where we filled water bottles with warm water, yeast and sugar and attached balloons to the top of the water bottles. We let them all sit in a row at the front of the classroom and by the end of our visit the balloons were all inflated! 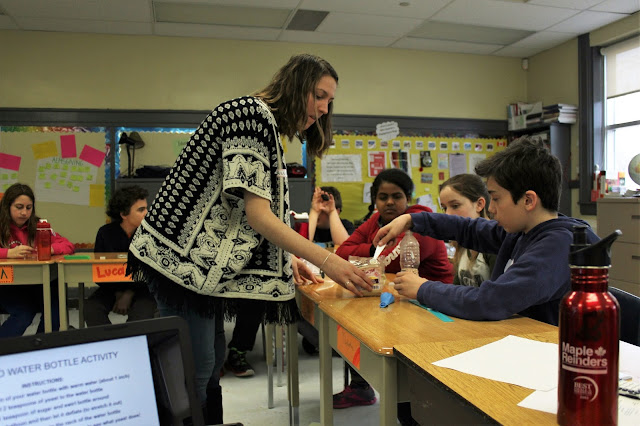 Next, we talked about many people's favorite food: Pizza! We talked about ways to make pizza more healthy like home made pizza sauce, extra veggies, and using whole wheat naan bread instead of white crust. We also learned about the cheese making process. 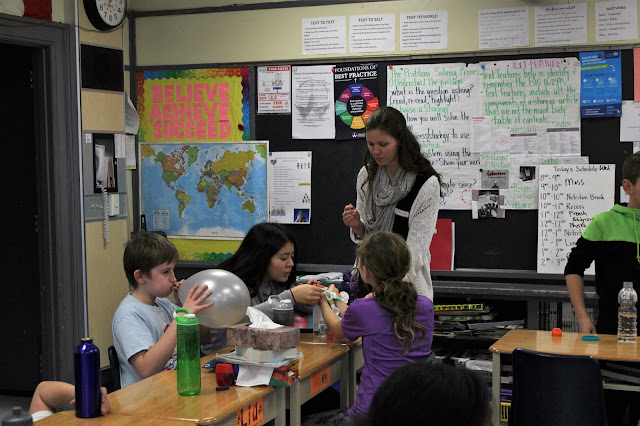 After that, the class made their way to the kitchen and we began making our healthy pizzas. The students broke up into four groups and they spread sauce on the pitas, washed spinach, sliced veggies including peppers, onions, tomatoes and mushrooms and grated cheese. The students were able to practice safe knife handling too. Once all of the pizzas were made we put them in the oven and made our way back to the classroom. 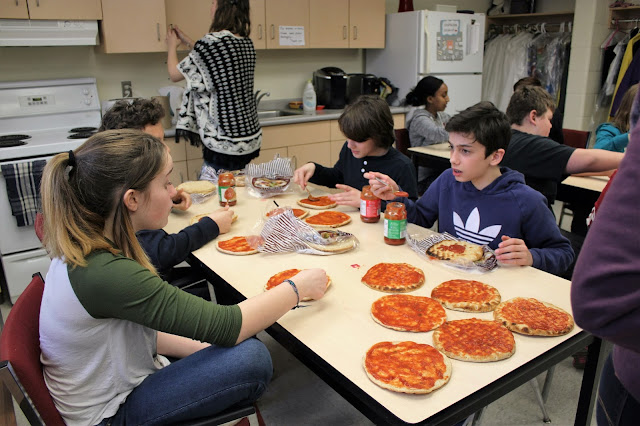 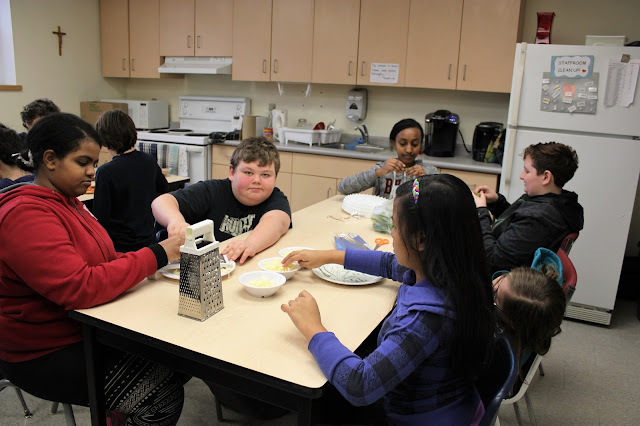 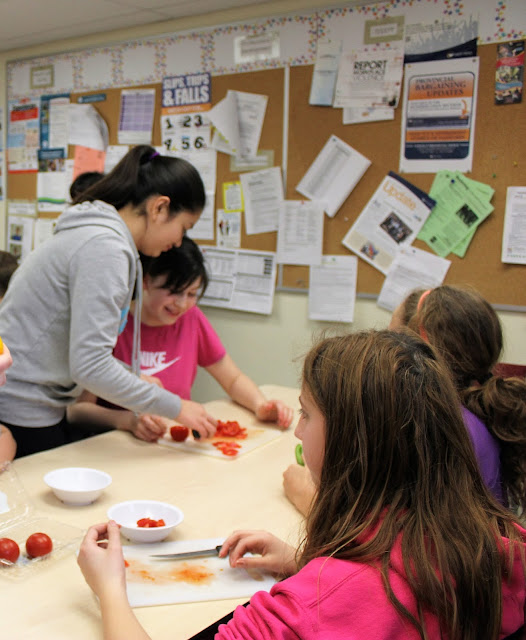 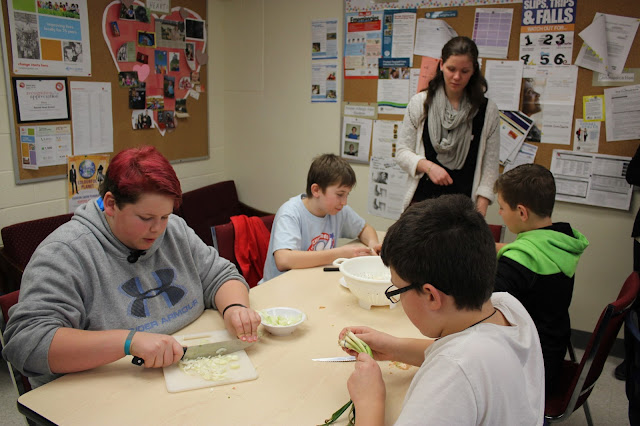 We finished the day with a game of nutrition Jeopardy and then enjoyed the pizzas we made together. The students agreed that the healthier version was still delicious.

Thanks for having us Grade 7's. It's been a slice!

Garden2Table
We are passionate University of Guelph students who want to make an impact on our community! In partnership with the Guelph Centre for Urban Organic Farming (GCUOF) and the School of Hospitality and Tourism (HTM), we bring local youth to the garden to teach them about the importance of learning where their food comes from and how it is grown. After visiting the garden, the students get a fun interactive cooking lesson where they learn how to cook using nutritious ingredients! Our team also uses the winter months to reach out to schools in the area to lead fun and informative nutrition workshops. Our goal is to get kids excited and informed about food in terms of eating well and knowing where their food comes from.

What we find interesting!